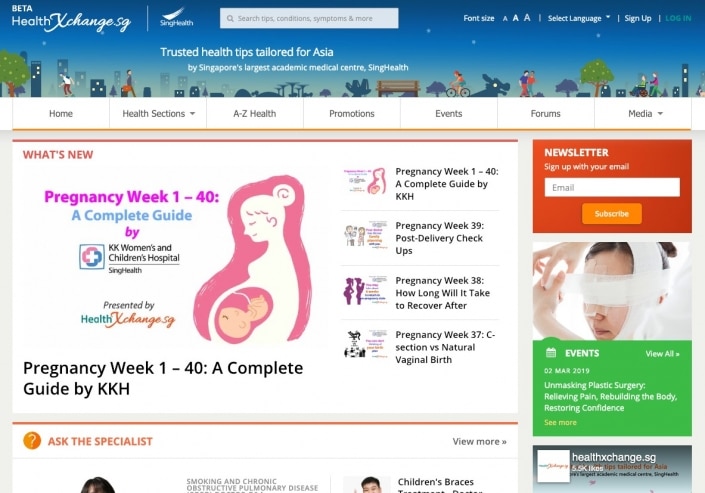 It started out when HealthXchange.com.sg, a content hub for trusted health tips tailored for Asia (by Singapore’s largest academic medical centre, SingHealth), was undergoing a site revamp and was scheduled for a move over to HealthXchange.sg in 2016.

As HealthXchange has a strong presence in Singapore’s health scene with majority of traffic coming from Google organic search results, Dylan Sun from Equinet Academy was engaged as a consultant to train the SingHealth team as well as facilitate the site revamp, migration of content, and change of domain names, while attempting to minimize any negative impacts on their existing Google rankings.

CONSULTATION AND MEETING WITH KEY STAKEHOLDERS

A meeting was set up with the lead web content manager and the web developers to discuss the existing complications and any potential complications during the process. The following points were discussed:

1. Should the old site still be accessible to the public when the new site goes live? What impact would that have on the rankings of both sites?

3. What could be done to minimize any negative impacts on existing search engine rankings?

4. How long would the entire process take?

It was decided that popular pages of the old site would be redirected to the new site before the entire migration, meaning both the old and new websites would be accessible to the public. As a result, both sites would have different page rankings for different search terms until the migration was complete.

Ensuring the migration was executed as swiftly and precisely as possible according to SEO best practices of site migration was vital in order to maintain top rankings.

How long the process would take would largely depend on how long it would take to create the redirect document (in excel format) which maps the old pages to the new destination URLs.

The migration process was executed via the following steps:

1. Content from the old domain was uploaded to the new domain.

2. An Excel document directing the mapping of old page URLs to be redirected to the new domain’s URLs was created.

3. Sitemap of both old and new domains were submitted to Google Search Console.

4. Redirects were implemented by the technical web development team, shutting down the old site.

5. A change of address form was completed in Google Search Console.

Overall the HealthXchange team did a great job executing the change of domain and content migration in a professional and efficient manner. Rankings dropped at first but quickly picked up in a few weeks.

As seen below, traffic dipped as the pages from the old domain were redirected to the new domain:

The old site was shut down by end of 2016 and rankings and traffic slowly climbed back up and stabilized weeks later for the new domain below:

HealthXchange.sg not only started ranking well for its popular search terms again, its monthly organic traffic continued to increase year on year after the revamp.